Lashkara – A Unique Love Story with a Little Bit of Everything! 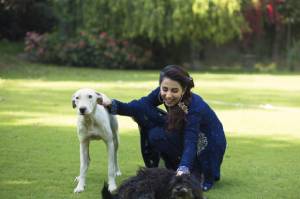 “It is unfair to call Lashkara a love story,” contends Ushna Shah, the female lead of ARY Digitial’s upcoming drama serial. “It is much more than that. The serial is an intelligent, sensitive and deep exploration of love – in all its beauty and ugliness – crafted with a lot of care and dedication. The script is truly a work of art. It had me on board as soon as I read it. It is one of the finest serials of my acting career.” 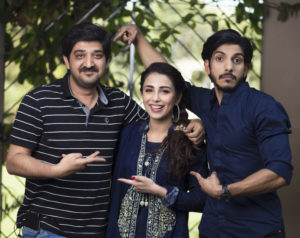 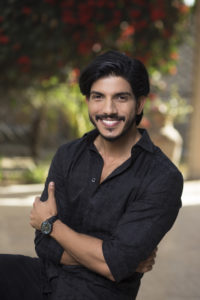 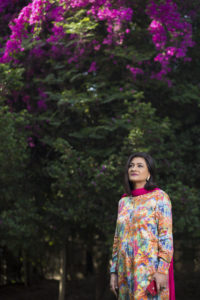 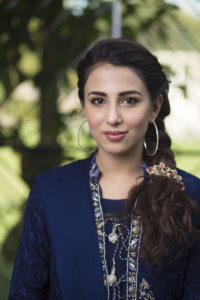 Lashkara tells the story of the beautiful Babli (Ushna Shah), an innocent young girl who doesn’t feel any need for romance in her simple yet happy life. Comfortable in her own skin, Babli lives in a world centered on her good looks and little else. Three men – Feeka (Mohsin Abbas Haider), Sunny (Imran Ashraf) and Nazir (Ahmed Abul Rehman) – are irrevocably in love with her. Feeka is a romantic soul whose fondness for Babli acts as a pivotal factor in his rise from rags to riches. His love for her is pure, honest and sincere. Nazir is a tailor’s apprentice who works in her house. His love for Babli is selfless; he wishes for yet does not demand her love in return. Sunny is the town goon, totally smitten with Babli, but lacking the sensitivity and charm needed for romance; Aggressive, jealous and loud, he manages to keep Babli engaged but fails to win her heart. Babli enjoys the admiration, adoration and attention of the three men but has no romantic interest in any of them. She is happy leading her simple, carefree life. Things change dramatically when a tragic event turns her world upside down, forcing her to examine the reality of her existence and appreciate the essence of various relationships in her life.

“Writer Zafar Mairaj has written the character of Babli with great nuance,” says Shah. “It is a complex character. The young girl is aware of the feelings of the three men but unwilling and, perhaps, unable to reciprocate them. She exploits them for her own benefit, but in a manner that is more charming than selfish. Playing Babli was not easy, I had to make sure that the character was endearing and did not come across as vain and narcissistic. That was a big challenge for me as an actor but, I believe, that I lived up to it. I am satisfied with my performance in Lashkara.”

“I had a lot of fun playing the role of Feeka,” says male lead Mohsin Abbas Haider. “It is an unabashedly romantic character, very different from the comedic ones that I have played in the past. He is an innocent young man with a lot of ambition and grit. He has strong values and an inviolable faith in himself. He grows and evolves, as a person, in Lashkara. The development of his character is logical, plausible and interesting. Viewers will enjoy it. ”

Ahmed Abdul Rehman believes that the greatest merit of Lashkara is the strength of its characters. “Zafar Mairaj’s script is wonderful. It has depth and dimension, a hint of relatable humor and intelligence. The characters have been flushed out really well. We see them grow, evolve and change, but retain their intrinsic characteristics during the course of the serial. I love the interesting character arcs in Lashkara. They add a lot to the profundity of the theme and story of the serial.”

Lashkara is set to hit television screens in April. The cast and crew of the drama serial, not to mention legions of their fans, have high expectations of Lashkara. “I believe that the serial will be a huge success,” says Haider. “It has a lot going for it. Zafar Mairaj has written a wonderful story. Kashif Nisar has directed the serial with great skill. The city of Lahore has been portrayed in the most authentic and artistic of ways. The actors, both senior and junior, have turned in awesome performances. Most importantly, the relationships depicted in the serial are real, rich and fascinating. I expect – and hope – television viewers to make Lashkara one of the most successful serials of the year.” 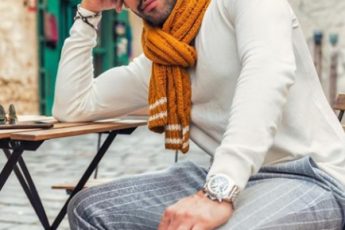 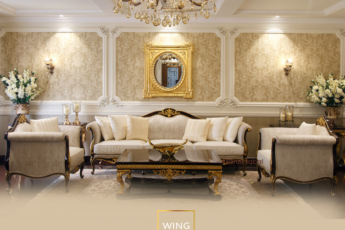