COKE STUDIO AND SPOTIFY TEAM UP FOR THE FINAL SONG OF SEASON 14, “PHIR MILENGE”

With the last song of Season 14, Phir Milenge, Coke Studio is here to tell you that Faisal Kapadia and Young Stunners belong in the same universe. First revealed in an exclusive listening session powered by the world’s most popular audio platform Spotify, prior to its actual release, media and super fans were given a sneak peek and a chance to connect with their favourite artists.

“Spotify’s partnership with Coke Studio Pakistan has been a truly phenomenal experience. Although Coke Studio Season 14 is concluding with the harmonious and soul enriching melody, ‘Phir Milenge’, we look forward to continuation of our partnership in the future. Thus, until we meet again, we will continue to offer a memorable listening experience to all the Coke Studio fans as they browse through our collaborative destination available on Spotify.” said Khan FM while sharing his thoughts during the session.

Season 14’s final song Phir Milenge serves up vibes groovy, intense and emotional all at the same time. This is Faisal’s re-entry to performing since the end of Strings, and his first time back on Coke Studio since producing seasons 7-10. For first-timers Young Stunners, it’s astonishing performing alongside an industry rockstar they’ve grown up listening to.

“Phir Milenge is a song about memories, when someone has gone from your life but is still in your heart and soul. And where does the story end? On a new day, when we meet again,” Xulfi shared, encapsulating the lyrics and the very essence of the tune. Xulfi had a difficult time unlocking the melody of this song. Finally, he did what he knew always worked: playing the guitar and humming a melody whilst sitting alongside his mother.

Associate Producer Abdullah Siddiqui agrees. “This was a really tough nut to crack” he said, “Young Stunners have such a distinct sound and so does Faisal, so we had to find this perfect nexus where they can be fused.”

The video features the three artists walking through a maze set alight with rich textures and memories displayed on walls. The singers wander without ever meeting, in search of things left behind. The shoot was challenging, orchestrated in a single take by Video Director Zeeshan Parwez’ heroic team. Faisal’s experience of working with Young Stunners excited him, even after years on the music scene. “It is important to evolve and try new things. The first time I met Young Stunners was on

set, and I made them listen to a rap song Strings had made years ago when they probably weren’t even born!”

For their part, Young Stunners don’t sound like Pakistani boys imitating Drake, they sound like clear-eyed city kids with something to get off of their chest. Add to that Faisal’s trademark croon, and we have a song that makes us feel like there is hope around the corner.

Phir Milenge is correctly placed as the final song of the season. Leaving the fantasy world created by Coke Studio in its final chords, Faisal steps off the soundstage into the cold light of day. Listeners have been on a similar journey this season, cocooned in the visions of some of Pakistan’s best. Phir Milenge is sombre, philosophical and hopeful in essence – the perfect soundtrack to our collective thoughts right now. Until next time… 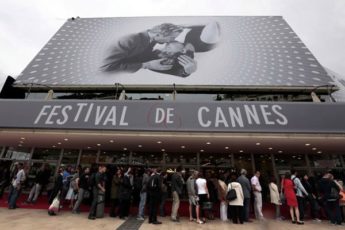 All of Mahira Khan's Cannes Looks 2018