Now a days the talk of the town are the nineteenth IIFA awards. This splendid event was held in Bangkok, Thailand. People are drooling over the aesthetic looking pictures the celebrities are posting. IIFA awards 2018 are all over the internet, breaking the windows for sure! We were seeing our favorite celebrities sending love to the entire world and answering media questions. The media conferences were more interactive rather than just circulating around the celebrities. Bollywood is surely making its impact by bringing in new and exciting awards to our screens. The recent IIFA awards became divine, as the glorious Rekha Ji danced to her old beats.

This year’s IIFA awards were a fusion of the old classic Bollywood and fresh new school Bollywood. The winners of this time are the much-expected yet not recognized actors!

This star-studded night was hosted by the very famous director of all time, Karan Johar. It was a pack of emotions, winning, losing and celebrating the Bollywood industry. Boney Kapoor receiving the best actress award on behalf of his wife, Sridevi, was not able to stop his tears and was consoled by his son Arjun Kapoor.

Coming to the melodies. Arijit Singh was announced as the Best Playback Singer (Male) for the song Hawayein from Jab Harry Met Sejal, while Meghna Mishra won the Best Playback Singer (Female) Award for the track “Main Kaun Hoon” from “Secret Superstar. “The Best Music Direction Award went to the trinity of Amaal Mallik, Tanishk Bagchi and Akhil Sachdeva for their work on Badrinath Ki Dulhania.

The audience can wait no more to see the night of magic on their screens! 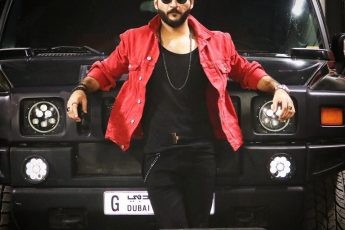 « Previous post
The Off-Shoulder Trend that is Suddenly Everywhere!
Next post »
Top 5 Bollywood Movies to Watch This Rainy Season!