Junaid Khan has been starring in back to back hit dramas, garnering critical appreciation and acclaim for his brilliant performances. The talented star is once again all set to appear in Momina Duraid’s latest venture “Kashf”, alongside Hira Mani.

Directed by the ace director Danish Nawaz, whose recent project Khaas on Hum TV went on to become one of the greatest hits of the year, “Kashf” is slated for release on Hum Tv in the last week of November. Following Sun Yara’s success, “Kashf” marks as the second project for Junaid Khan, Hira Mani, and Danish Nawaz. Talking about his new project, Junaid Khan said, “It was a thrill to work with Danish Nawaz and Hira Mani in Sun Yara, and I am so glad to have come together for another project. I can’t wait for everyone to watch Kashf, because it is going to be an exciting one!” With multiple hit projects to his name including, “KamZarf”, “Hania”, “Ishq Tamasha”, and “Silsilay”, Junaid Khan has managed to prove his versatility and acting prowess time and time again. He is also going to make his debut on the big screen next year with Kamran Bari’s “Kahay Dil Jidhar”. 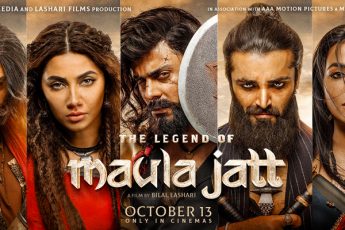 The Legend of Maula Jatt - Film of The Year 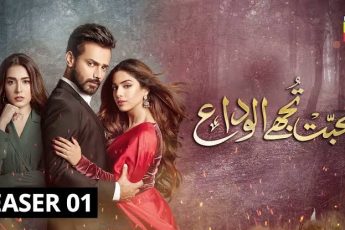 Is “Mohabbat tujhe Alvida” the carbon copy of the Bollywood film “Judaai” ?