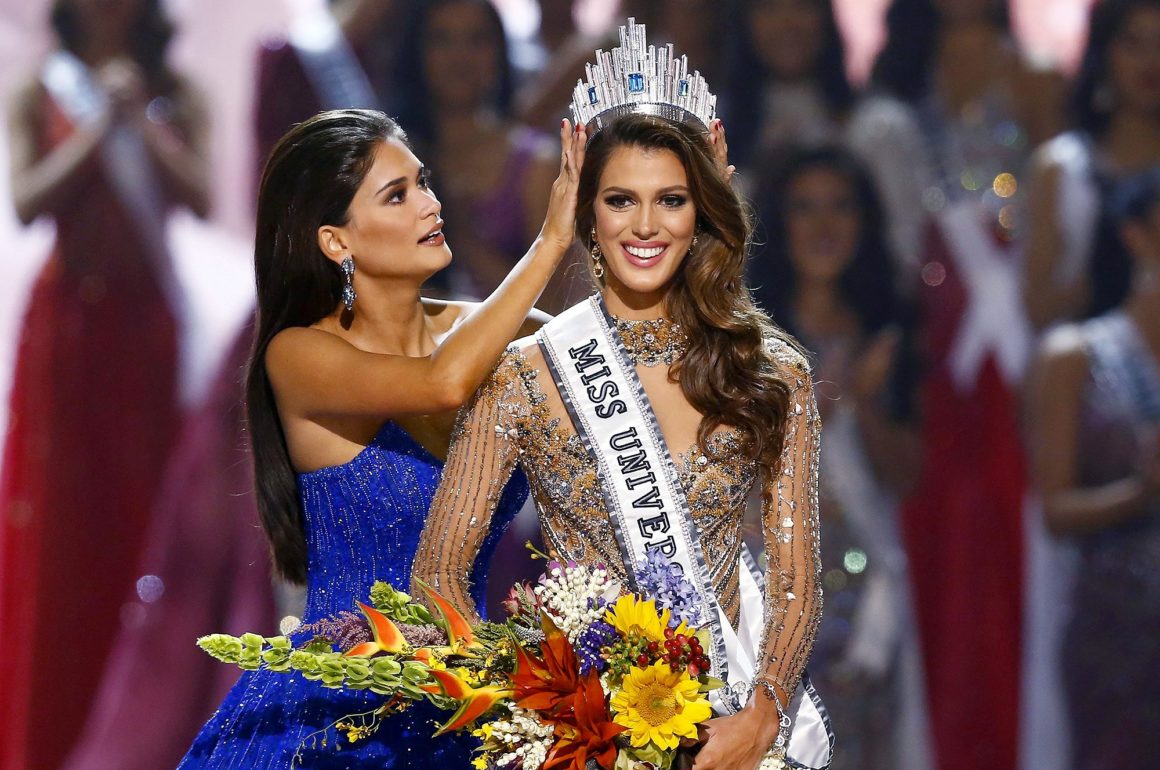 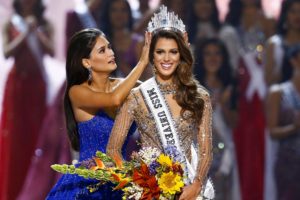 epa05760849 Iris Mittenaere (R) from France is crowned the 65th Miss Universe by her predecessor, Pia Alonzo Wurtzbach (L) from the Philippines during the coronation night of the Miss Universe pageant at the Mall of Asia Arena in Pasay City, south of Manila, Philippines, 30 January 2017. A total of 86 candidates competed for the crown. EPA/ROLEX DELA PENA EPA ROL01 PHILIPPINES MISS UNIVERSE

Say bonjour to the new Miss Universe! Miss France, Iris Mittenaere, took home the 2017 title in Manila, Philippines, making her only the second Miss France to ever wear the crown.
The Lille native celebrated her roots during the preliminaries in a Moulin Rouge–inspired costume, and she had some choice words about the global refugee crisis. Here are five more things to know about the newly minted Miss Universe!

A 24-year-old woman from Paris won the Miss Universe crown on Monday, in the Philippine capital that focused on diversity and overcoming life struggles, besting 85 hopefuls from all over the world.

Iris Mittenaere, who is pursuing a degree in dental surgery, won the 65th edition of the annual competition hosted for the third time by the Philippines.
“I was very surprised I won, I feel blessed,” said Mittenaere, who had been described on the Miss Universe website as hoping “to advocate for dental and oral hygiene” if she won. “Miss Universe was a dream, every girl wants to be Miss Universe…the stage is amazing, everything is amazing.” She added, “I want to help people, I want to understand people, I want to meet people, that’s why this is a dream for me.”

Raquel Pelissier of Haiti was the first runner-up, while Andrea Tovar of Colombia placed second runner-up. Thirteen contestants were picked for the swimsuit round of the finals after a preliminary competition last week, before being pruned to nine for the evening gown segment, and then to six.
Rounding out the top six were Maxene Medina of the Philippines, Chalita Suansane of Thailand and Mary Esther Were of Kenya. Steve Harvey returned as show host after a gaffe in the 2015 competition, when he mistakenly announced the wrong winner. 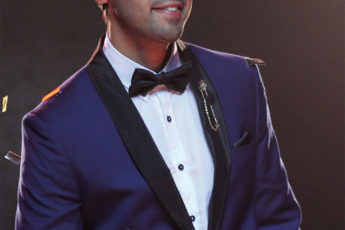 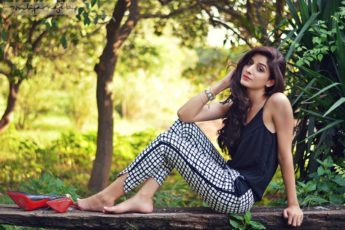