Fawad Khan, a Pakistani actor who rules hundreds of hearts, is celebrating his 37th birthday , on this occasion his fans took to social media to congratulate him. He is an internationally renowned Pakistani actor who is known for his acting and good looks all around the globe.

Every young or old person is aware about little things regarding him. Fawad Khan started his career as a singer and then he stepped into the world of acting. In 2007, he played lead in the movie directed by the famous director Shoaib Mansoor “Khuda Ke Liye”where he won considerable acclaim. Fawad Khan is counted amongst Pak India’s first actors and people claim to know a lot about them, but we believe that very few people will know about these interesting facts about Fawad Khan.

The heartthrob Fawad Khan likes ‘Karaley’ in food. Fawad Khan is suffering from a genetically transmitted disease called ‘Diabetes’, he was diagnosed for this disease at the age of 17, ever since Fawad Khan is very keen on eating healthy and prefers to eat vegetables mostly rather than meat.

Fawad Khan, who is well-known for moving people to tears on screen with his exquisite acting, is also very emotional in real life. He can cry on insignificant matters too if they touch his heart. During an interview, he stated that if he ever had to tell someone something even if it were a fact that could cause them pain, he would rethink about it a 100 times. He further added that he doesn’t make quick judgments about people before getting to know them and reserves his opinion regarding matters till asked.

Fawad khan is said to have a cleanliness loving nature where he is dressed suitably and appropriately even while he is in the comfort of his own house. His clothes are always, neat, tidy and well-ironed. He wears clean shoes at all times and believes clean shoes are reflective of a man’s attractive personality.

Fawad Khan likes to grow a beard on his face, but his son and wife think otherwise. They think all that hair on his face hide the intelligence and keenness that his face possesses and love his clean shaved look more.

Most people aren’t aware of the fact that fawad khan met his wife Sadaf at the age of 16 and fell in love with her in their first meeting. It was at that age when he decided he would like to make her his first wife. Accordingly, their love story achieved its happy ending and both of them got married in 2005. 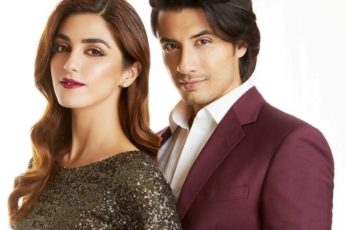 Maya Ali and Ali Zafar’s chemistry on screen is everything we expected and more! 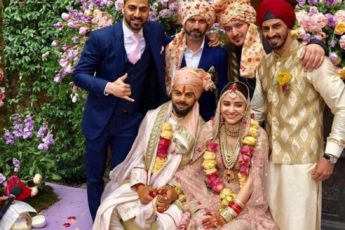