Sadat Bashir, Accused of Harassing 80 Students in One Day

Saba ali, a student of Bahria college, Islamabad came forward yesterday and stated that her biology teacher harrased 80 girls in one day and has been known for sexual harassment in her entire university.

My biology practical was held on 24th May 2018, I was in the first batch of the bio practical. I came to school at 8.00 a.m sharp that day because I wanted to get my practical notebook checked by my teacher. Everybody warned me beforehand that the examiner is very strict.
What was even more shocking was that he wasn’t allowing our teacher to be present inside the lab during our practical but our teacher insisted on being there since she couldn’t just leave the female students alone with him. She got permission from the principal and was finally allowed in.
I don’t even have the words to describe the events that took place next but I will try. Our examiner Sadat Bashir, was a perverted asshole who groped almost 80 students and passed sleazy comments.
He groped me twice, once when I went for the model recognition and he touched my butt and second when I was making the slides. He came behind me and traced my bra strap all the while pretending he was just examining my slide.
Thirdly when I was doing my frog dissection he came up to me and asked what kind of a frog it was. I got extremely nervous and told him it was a male frog to which he very inappropriately replied “It’s a female frog can’t you see the ovaries, you have them inside you too!”
All of this made me extremely uncomfortable and I had no idea what to do. None of us said anything to him because he kept threatening to deduct our marks.
Almost all the girls of the first batch became a victim of that paedophile. The girls of the second batch were warned by their friends so they were obviously even more careful but still some of them experienced the same harassment.
I am still completely shook that we had to go through this. Approximately 80 girls were sexually harassed that day and our teacher told us to keep quite because she didn’t want us to lose marks!
Sadat Bashir scarred us for life and there’s nothing we can do about it. Women face sexual harassment on a daily basis today and are blamed for it because of the way they dress or walk or talk. But let me tell you something we were in our uniforms, performing our practical! So no it’s not the dressing or any other factor the only person to blame is that guy and his sick mentality!


She used the #metoo hashtag and the Internet has revolted. They want justice for girls like saba against animals like sadat bashir who take advantage of their position of power to harrass innocent victims. 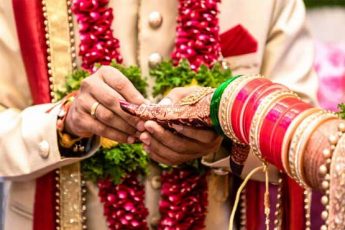 The Husband Surprised Everyone By Getting His Wife Married To The Man She Loves!

« Previous post
How to Take Care of your Skin this Ramadan?
Next post »
Meera Khan has Two Husbands Now?