Saim Ali is First Pakistani actor to act in a Malaysian short film and his role “Bashire” loved by his Malaysian fans around the country, after what he achieved by working on an international platform, the actor says “I Face the unknown I build the world of my own , no ones know better than I do” “realistic cinema is where you find true art and an artist like me who is well known for his dancing and fashion , it was equally shocking for me to play “BASHIRE” in “DODOL UNTUK MENANTU” a lower middle class young boy while working in Malaysia in a small town chai restaurant fell in love with a Malasyian girl. It is a love, comedy & drama with a Bollywood touch to it with a 70’s song.

The actor says “ I always wanted to play such a role and it is so strange that I couldn’t get such a role in my own country but got a call  all the way from Malaysia and I am extremely thankful to the person who got me this opportunity and believed in me Mr Rizwan who is a Pakistani Malaysian based media person, non stop shoot of 7 days in a village in Malaysia in summers in that boiling weather, washing dishes, cleaning floor, making chai at the dhaba, Waking up 5 AM for a 6 AM roll time each day , shooting in those tiny middle class rooms and toilets , I could do anything to make Bashire a real person , last year I discovered I can take anything to deliver or to be in that character”.

Saim Ali is currently working for a hit drama serial “Jhooti” coming on ARY Digital these days with A listers like Iqra Aziz , Ahmed Ali Butt and Yasir Hussain. He was extremely naughty and fun to watch in a comedy serial “ Baarfiladu” as Aadi along with bunch of great actors like Behroz Sabzwari, irsa ghazal and Salim Mehraj.

Saim Ali recently got back from Dubai where he performed at PISA Awards and he won many hearts by his 1st spectacular award performance at the coco cola arena Dubai. Saim Ali is also hosting our Page 3 Magazine YouTube talk show “ Page 3 Talkies with Saim Ali “ the 1st season with Saim Ali was talk of the town and his guest list was splendid . We wish Saim Ali all the best for his 2nd season with us and many more to come. Saim Ali speaks to Page 3 Magazine. 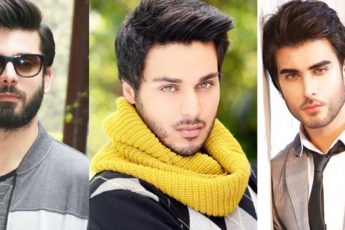 Top 7 Pakistani Actors/Models who have revolutionized our industry