SFK Studio – “ She Believed She Could so She Did”

SFK appeared before as Silk by Fawad Khan in the year 2012. The brand began with a classy outlook on silk structures in chic beautiful designs.

Shining through the night in a sparkling gown, Sajal Aly fills up the room with her delicate presence, our soft grey bridal is ideal for the big-day. For bridal viewing and appointments call: +92-303-2111160 #sajalaly #sfkwomen #sfkbridals #stylefiles #luxury #pakistaniwedding #weddingfashion #bridal2019 #bridal #wedding2019

The brand later advanced complete design studio offering wedding and formal couture under the name – SFK Bridals in 2016. SFK Bridal structures show a scope of unique styles with components of both customary and contemporary design inspirations. Sadaf fawad khan has proven her talents above and beyond her husband’s fame and it can be seen manifested deeply in the brand and its designs. Her formals and bridals are worn by the elite socialites and stunning cleebrities including Hania aamir, Sajal Aly, Mawra Hocane amongst many others.

Her vision has taken the brand to new heights and has become on the most desired and accomplished designer brands in recent times. We wish SFK studios similar patterns of growth in future as well.
FAWADKHAN SADAFFAWADKHAN SFKBRIDAL WEDDING WEARS
Share: 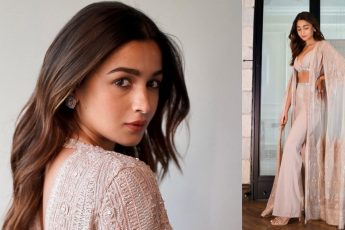 HERE ARE THE 5 BEST BRIDAL DRESS DESIGNERS OF 2022! 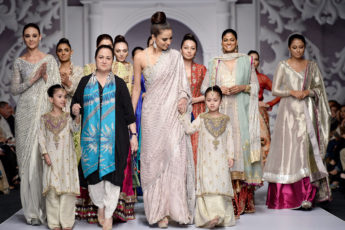