Simmba – the name says it all. Let’s first delve into the plot if this superhit rohit shetty movie starring Ranveer Singh and Sara Ali khan. The movie sure did have many expectations from it since it is based on a telegu classic TEMPER. And as we all know remakes of classics can sometimes go horribly wrong since there is is too much comparison with the original.

Ranveer Singh character is named sangham who is the anti-hero of the film who believes in doing ‘baymani with emandari’, his character becomes humourous since he is a cop. He falls in love with the beatiful Sara Ali khan (shagun) as he moves into a new time. He gets involved in a drug mob and decides to take it down since it is disrupting the towns peace. The mob, suspectedly, is led by sonu soud.

The movie is a sure shit entertainer with its amazingly choreographed songs like ‘ankh mare’ and its beautifully presented ones like ‘Ala re Ala’ coupled with rohit shettys iconic car scenes and action sequences.

Ranveer Singhs role as Sangham is entertaining and he manages to deliver his dialogues like the pro he is. Sara khan looks stunning on screen though their chemistry together isn’t compelling their acting at an individual level is off charts.

The plot of the story has its usual twists and turns to keep the audience hooked along with great dialogues and screenplay. It gets tediously long in some places but the humor, suspense and emotional parts of it keeps its audience engaged throughout. 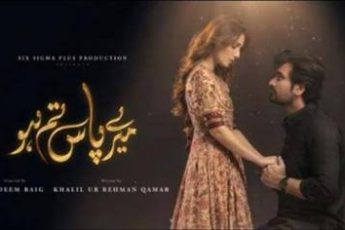 SOME PAKISTANI DRAMAS THAT WERE FAMOUS BECAUSE OF THEIR OST!