The 3 Most Shocking Allegations of Reham Against Imran Khan

Among the various allegations made by Reham khan against Imran khan the most notorious ones seem far too ridiculous to believe. The book is expected to be launched in London in the next few days, but actor Hamza Ali Abbasi, Imran’s friend Zulfi Bukhari, former cricketer Wasim Akram and others have already filed defemation suits against Reham Khan over the contents of the book.

Now here are some allegations Reham made against her ex-husband Imran khan that shocked us and made us question everything she is saying sofar.

In a long story, Reham explains how she met Imran the first time in Bani gala and she was naïve and innocent about his evil intentions towards her. She was went on a walk with him in which he constantly complimented her then he allegedly tried to sexually assault her. She claims she pushed him away after which he proposed to her and she accepted eventually.

Would I happily accept a proposal from my harasser? I think not.

2. Imran Khan got a third wife while he was married to her

In her new book, Reham has allegedly revealed that Imran Khan, Hamza Ali Abbasi and PTI member Murad Saeed are all homosexuals with eachother.

Here is what the PTI member, Murad Saeed had to say about this:

I have nothing to say about Reham Khan’s allegations and whatever filth the woman’s written about me or anyone. It’s shameful beyond words. It’s pretty obvious whose hands she’s playing in, the woman and her aides have totally lost the plot.

Reham Khan has negatively involved any person she seemed to have an issue with or who was in crossfire with her after she broke up with Imran Khan in her book and people don’t know how to even react to this.

While all of this goes on. Reham khan takes a back seat and seems to be enjoying all the attention that her book is getting right before its release.

A big thank you to the biggest SM mafia for promoting my book for free on twitter yesterday.?

It does seem like her book will be a huge hit due to all the media attention and controversies surrounding it. Well played Reham! 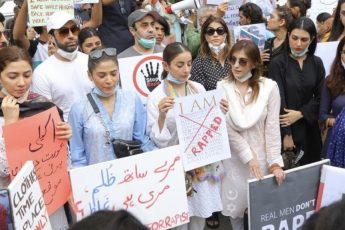 Celebrities Protest to Show Support to The Rape Victim of Motorway Incident! 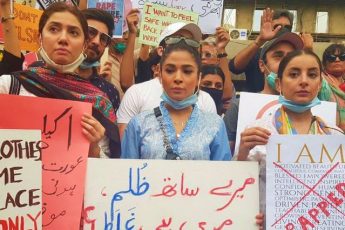