A million dollar smile that has won many hearts, Kubra Khan with her innocent face, enigmatic personality and sheer talent has made her name in not only Pakistan but also in India with her Bollywood debut in 2015, “Welcome to Karachi” where she managed to replace the beautiful Nargis fakhri with her role as “Asma” starring with the talented Arshad Warsi. Kubra khan is a women of substance with a promising future.

In one year only she starred in 6 successful TV shows including Daldal with her role as “preet”, Sang-e-marmar where she starred as “Shireen” and Alif Allah aur insaan in which she played the character of “Nazneen” who is the spoilt child of a rich father. Her character dramatically changes and progresses in the drama serial according to the challenges she faces. Alif Allah aur Insaan was a super hit serial and was further nominated for best TV screenplay in lux style awards 2018. 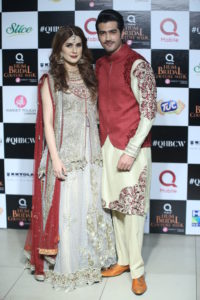 Kubra Khan made her debut in the Pakistani Cinema in 2014 in the comedy-thriller Na maloom Afraad. The film became the most nominated film of the Lux’s 14th annual awards ceremony in film section with total of seven nominations in four categories, ultimately winning Best Film and Best Director awards. Kubra Khan at a young age of 25 has reached heights that most actors achieve much later in their careers. We expect greater things from you in the future, Kubra Khan! 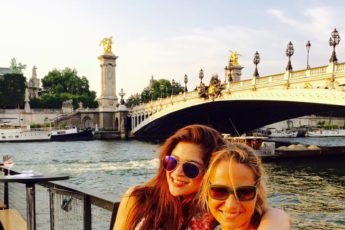 Where Did Our Celebs Fly off to this Season?