The Motorcycle Girl – Worth it or a Pass?

The motorcycle girl released on the 20th of April which is a biopic of Zenith Irfan regrading her inspiring journey to Khunjraab pass on a motorcycle in pursuit of the fulfillment of her deceased fathers dream. The movies main focus is on Zenith’s self discovery coupled with a fierce desire to follow her passion in her life. The movie casts Sohai Abaro as Zenith and is directed by Adnan Sarwar.

Having the privilege to know the reel Zenith Irfan i got an opportunity to know exactly how difficult and challenging her life has been. whether they were regarding societies nonacceptance of her motorcycle adventures or her facing intense financial issues (being the sole bread-winner of the family at a very young age), her struggles have been endless and highly inspirational for young girls everywhere, not only in Pakistan.

The question to be posed here is that did the directors/writers do justice to her story? the answer is Yes and No. where at one point Zeniths is portrayed as a weak character who doesn’t stand up to her sexist boss at work or her colleague who humiliates her or even her fiance who constantly tries to dominate her and overpower her

In later scenes Zenith is suddenly shown to have gotten inspiration and motivation to fulfill her fathers dreams through the lives of people in Hunza and how they have empowered their women.The message here was confusing. Did zenith take the journey to khunjraab for her fathers sake or was it because she wanted to get free from the gender stereotype shackles?

Another problem was that Zeniths Brother and Mother who are highly supportive characters in this story were given minimal screen time. The negative characters were what the story as mostly based on and how Zenith managed to escape from their suffocating trenches; whether it is her phuppo or her Fiance.

The supporting characters were rather sidelined which gave the entire story a rather fictionalized feel to it. Does everyone in your life create problems always? not really.

But there were many aspects of the movie which made it an enjoyable watch through and through. The movie came as a complete package of both entertainment and emotional moments. It showed a daughters love for her father in a poignant manner and Sohai definitely did justice to that role with her acting.

Apart from that Pakistan is shown beautifully in the travel scenes of the movie that makes it a cinematic delight. Zeniths struggles at her Job were realistic and heart-breaking at the same time. Hats off to the music and flawless cinematography. Did the movie empower me to pursue my dreams? Most definitely

Is it worth watching? It surely is! 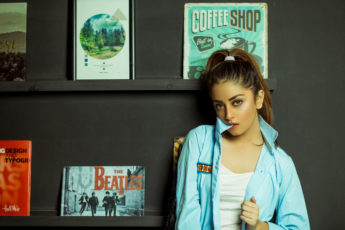