Stepping up with uncertainty, the actress has beautifully walked down the road of success

The beguiling and magnificent Sonya Hussyn never fails to appeal her fans with her arresting smile and spunky looks.

Having a multi faceted personality enabled the actress to show her versatility not only in TV serials but in films as well. She kick started her career with her first drama Dareecha and has garnered a number of hits like NIKKAH, SURKH JORRA, and AISI HAI TANHAI. Her refined skills have made her a part of the cast of much awaited serial AANGAN. Film, MOOR brought her to the nomination list of best actor female at ARY Awards.

She loves unconditionally and she wishes to be part of endeavors showing a peaceful side of Pakistan internationally.

Although Sonya has come a long way in last six years, she still has her roots strongly embedded in her culture and so she reveals her nature of being family oriented. The plausible actress has been counter blasted for her bold look at an award show but she took the criticism positively. The talent is quite often seen on screen now days and we hope to see some super hits coming from her in 2019! 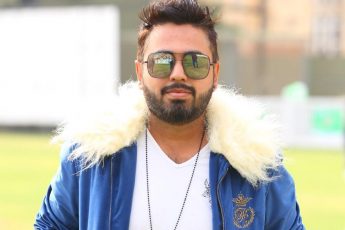 The Super Talented and The Heartthrob - WAJHI FAROOKI

« Previous post
DAMN THOSE JEANS!
Next post »
7 organic Online Beauty brands of Pakistan to up your healthy lifestyle a notch