The Legend of Maula Jatt – Film of The Year

The Legend of Maula Jatt, a reworking of the 1979 cult hit, has received overwhelmingly positive reviews. The much-anticipated movie finally came out on October 13th, and rightfully so. The audience is praising and giving the star-studded movie raving reviews. The movie has already captured the hearts of viewers. Also, it is doing fantastically at the box office both inside and outside of Pakistan, according to the most recent reports. Budget for the movie ranges from Rs. 45 crore to Rs. 55 crore. The movie made Rs 9.3 crore (Rs 93 million), with Rs 4.9 crores from domestic sales and Rs 4.4 crores from overseas.

It takes place in an imagined past and future in The Legend of Maula Jatt. The narrative, which was written by Nasir Adeeb and produced by Sarwar Bhatti and starred Sultan Rahi and Mustafa Qureshi, is heavily referenced in the movie’s plot and dialogue. The 2022 version of Maula Jatt’s story which was supposed to be a 2020 version is a gothic gorefest with some outstanding performances. The beloved Pakistani actor Fawad Khan makes a triumphant comeback to the big screen, making us all lament the days we missed out on enjoying his undeniable charisma and aura.

The first part is interesting as we learn about Jatt’s family life as the Natts continue to cause mayhem despite divisions within the clan. Fawad still appears to be a million dollars despite losing his chocolate hero persona in this photo. He is nothing short of a heartthrob with his bulked-up physique, braided and untidy hair, and unkempt appearance with a lacha kurta and a gandasa. He doesn’t say as much, but his conviction and piercing look speak volumes. As the pakki paaki mashoq (avid lover) of Jatt, Mahira Khan is a complete joy. Mukkho adds colour and flavour to Maula’s dismal existence. In the typically sad tone of the movie, her outfit is just as vibrant as her personality. Mukkho is a woman who always expresses her emotions openly But take note of Hamza Ali Abbasi, who portrays the menacing killer machine-turned-charismatic Noori Natt with a deep voice. Noori is Maula Jatt’s perfect partner since she has some of the best lines, which are interwoven with a macabre sense of violence, hysterical meltdowns, and Hamza’s mocking expressions. The resurgence of this historical rivalry in a modern age will please viewers, and Hamza and Fawad’s undeniable chemistry is one to watch out for. Humaima Malick, as the fiery Daro steals almost every scene.

A great cinematic spectacle, The Legend of Maula Jatt must be seen in its entirety. And most importantly, for the admirable foe, also known as Noori Natt, without whom the legend could have only existed as a myth. 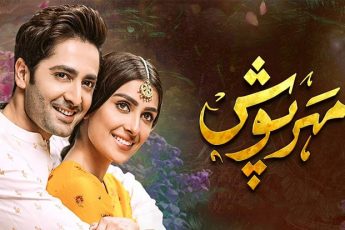